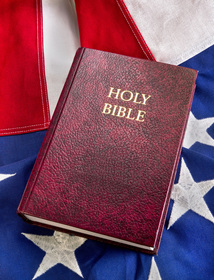 Confession: I want you to like me. I sometimes struggle with people-pleasing tendencies. As a preacher, this has its pros and cons. On one hand, it means that I work hard to connect with my audience on a relational level. On the other hand, however, it means that I am often tempted to avoid dealing with topics that may be controversial or confrontational. (I say “tempted” because over the past few years God has been showing me that challenging people is a big part of the preacher’s task and I have become more bold in that regard.) I find this temptation to be especially strong when I am invited to preach at a church where I have never been before. In such cases I prefer to go in, encourage and edify people, and get out without making a lot of waves. Sometimes, however, the message that God puts on my heart is one that has the potential to make people uncomfortable, which leads me to the main point of this post.

A little more than a week ago I received a call from a pastor whom I had never met. He was in need of someone to cover his church service and he had heard from some mutual acquaintances that I might be able fill in. To make a long story short, he said the church would be recognizing Veterans Day and asked if I would preach a Veterans Day sermon, a request that made me quite uncomfortable. Let me assure you up front that I don’t hate veterans or America. As a matter of fact, I am currently training to become a chaplain in the Army precisely because I value the men and women who have volunteered to serve our nation. I do, however, have serious misgivings about dedicating an entire church service to recognizing secular holidays, especially ones that are nation-specific. When we gather in church we are gathered to worship God, not people, no matter how noble or valiant they may be. Additionally, we worship a God who transcends national borders. If we are not careful, the celebration of certain national holidays in a worship setting may give the appearance that we believe God endorses our nation over other nations. If we are not careful, we may make the mistake of assuming that service to our nation is automatically service to God; we may conflate allegiance to Christ with allegiance to the flag of the Unites States of America. As Christians, our allegiance to Christ and his universal church must supersede our allegiance to any humanmade group or structure, including the United States of America. For that reason, I am hesitant toward worship services that draw greater attention to specific groups of people or specific nations, no matter how great they may be, than they do to God.

It has been said that “people sleep peacefully in their beds because rough men stand ready to do violence on their behalf.”[1] Most Americans believe that a strong military is necessary to ensure the safety of our nation, and yet a relatively small percentage of us actually volunteer for that job. According to recent statistics, less than one half of one percent of Americans are currently serving the military, and less than fifteen percent of Americans have ever served in the military.[2] That means eighty five percent of Americans enjoy the peace and security our strong military presence provides without ever actually participating in it. But that’s what Veterans Day is for, right? We get to thank them for their service, give them a parade and a free meal, and then get on with our lives enjoying our freedom. But is that enough? Not even close.
Veterans continue to be one of the most at-risk groups of people in the country. Suicide rates among veterans are staggeringly high; and significantly higher than the population at large. According to one source, “Veteran suicides average one every eighty minutes, an unprecedented eighteen a day.”[3] Additionally, “Veterans are also disproportionately homeless, unemployed, poor, divorced, and imprisoned.”[4] While there are many and complex reasons behind this, research continues to show that the very act of participating in war often leads to spiritual and psychological trauma that can deeply affects soldiers for years.

Warriors throughout history have recognized that war is messy, cruel, and complicated. Napoleon Bonaparte famously stated that “war is hell.”[5] William Tecumseh Sherman recognized this as well when he wrote that “war is cruelty, and you cannot refine it.”[6] Those who take part in war experience and engage in some of the most dangerous, destructive, and demoralizing activities known to humankind. Researchers and caregivers are becoming increasingly aware that participation in combat not only exposes soldiers to physical danger, but to moral, emotional, and spiritual danger as well. Veterans return from combat, not only with wounds to their bodies, but also with wounds to their souls. These soul wounds are just as harmful, if not more so, than many physical wounds. However, because these soul wounds are invisible, veterans are often left to suffer in silence, to carry the burden alone.

According to many experts on the subject, those of us who remain home may be failing our veterans who are returning from combat. We thank them for their service, but then we expect them get on with life as usual; we expect them to be same people they were before they went to war, and that is simply impossible. Additionally, we tend to treat every veteran as a hero. And while there are many veterans who may rightly be considered heroes, we must realize that not every veteran FEELS like a hero. As combat veteran and author Logan Mehl-Laituri states, “To be sure, military service is to be celebrated. But much of it also needs to be mourned; doing the things that must be done in war takes a heavy emotional and spiritual toll.”[7] In light of this, I’m afraid that Veterans Day gives us an easy way to escape the responsibility of doing the real work it takes to walk alongside veterans as they navigate their way back home emotionally and spiritually. This is an area where we, as the church, are uniquely positioned to help these wounded warriors find the healing, hope, and new beginnings that Jesus makes available. In order to do that, however, we will have go deeper than a cursory recognition one day out of the year.

So what is the message to be preached this Veterans Day? Perhaps we can find a clue in the original resolutions and proclamations. On June 24, 1926, the United States congress passed a resolution officially marking November 11, Armistice Day, as a legal holiday. Following is the text of that resolution.

Whereas the 11th of November 1918, marked the cessation of the most destructive, sanguinary [bloody], and far reaching war in human annals and the resumption by the people of the United States of peaceful relations with other nations, which we hope may never again be severed, and
Whereas it is fitting that the recurring anniversary of this date should be commemorated with thanksgiving and prayer and exercises designed to perpetuate peace through good will and mutual understanding between nations; and (emphasis added)
Whereas the legislatures of twenty-seven of our States have already declared November 11 to be a legal holiday: Therefore be it Resolved by the Senate (the House of Representatives concurring), that the President of the United States is requested to issue a proclamation calling upon the officials to display the flag of the United States on all Government buildings on November 11 and inviting the people of the United States to observe the day in schools and churches, or other suitable places, with appropriate ceremonies of friendly relations with all other peoples.

It was thought that The Great War (later called World War I) was going to be the war to end all wars and that its conclusion on November 11, 1918 would usher in a new era of peace. Years later, in recognition of the significance of the day, congress passed the above resolution, calling for “exercises designed to perpetuate peace.” Sadly, however, the war to end all wars didn’t. Less than twenty years later, the world found itself embroiled in yet another war, this one more “destructive, sanguinary, and far-reaching” than the last. Following World War II and the Korean War, President Eisenhower issued a proclamation to change Armistice Day to Veterans Day. The proclamation states,

On that day let us solemnly remember the sacrifices of all those who fought so valiantly, on the seas, in the air, and on foreign shores, to preserve our heritage of freedom, and let us reconsecrate ourselves to the task of promoting an enduring peace so that their efforts shall not have been in vain. (Emphasis added)

Eisenhower tells us that we venerate veterans because their sacrifice provides us with peace. Since his proclamation, however, America has been involved in armed conflict in Vietnam and throughout the Middle East. This bears testament to the fact that the peace secured by military might is never a lasting, enduring peace. Such an enduring peace is only found in Christ. Scripture tells us that Christ is our peace, that he has broken down the dividing walls and brought an end to the hostility through his reconciling work on the cross.

For he himself is our peace, who has made us both one and has broken down in his flesh the dividing wall of hostility by abolishing the law of commandments expressed in ordinances, that he might create in himself one new man in place of the two, so making peace, and might reconcile us both to God in one body through the cross, thereby killing the hostility.
–Ephesians 2:14-16

Let us not let this Veterans Day pass with just another cursory acknowledgement of those who have served. Let us rather commit ourselves to walking along side of them and to working toward a true enduring peace, the peace that comes from knowing Christ.